G2 is handling the worldwide rights and publicity for Matt Ogborn’s new biography of Tyson Fury, entitled The Comeback King which is due for release this September.

Once the bad boy of British boxing, Tyson Fury was
widely underrated – his flamboyant lifestyle and
outlandish antics drawing attention to his life outside
the ring, rather than his achievements in it. But a
truly dominant display against one of the greatest
heavyweight boxers of all time, Wladimir Klitschko,
changed all of that. Fury became champion of the
world and resolutely silenced his doubters.
With the world at his feet, however, Fury struggled
with depression and started to party hard. He was
banned from boxing for the use of illegal substances
and was stripped of his title. After ballooning to
nearly 24 stone in weight, many questioned whether
he would ever step into the ring again.
What followed was one of the great sporting
comebacks. Fury rediscovered his love of boxing
and began training again. In just nine months he was
back in shape and on the title trail, with Deontay
Wilder, the WBC heavyweight champion, the man in
his sights. The two faced off in LA in what was one of
the most memorable fights of the modern era. Wilder
controversially retained his title following a 12-round
split decision draw, but Fury won over the boxing
world and wrote his name into the history books. 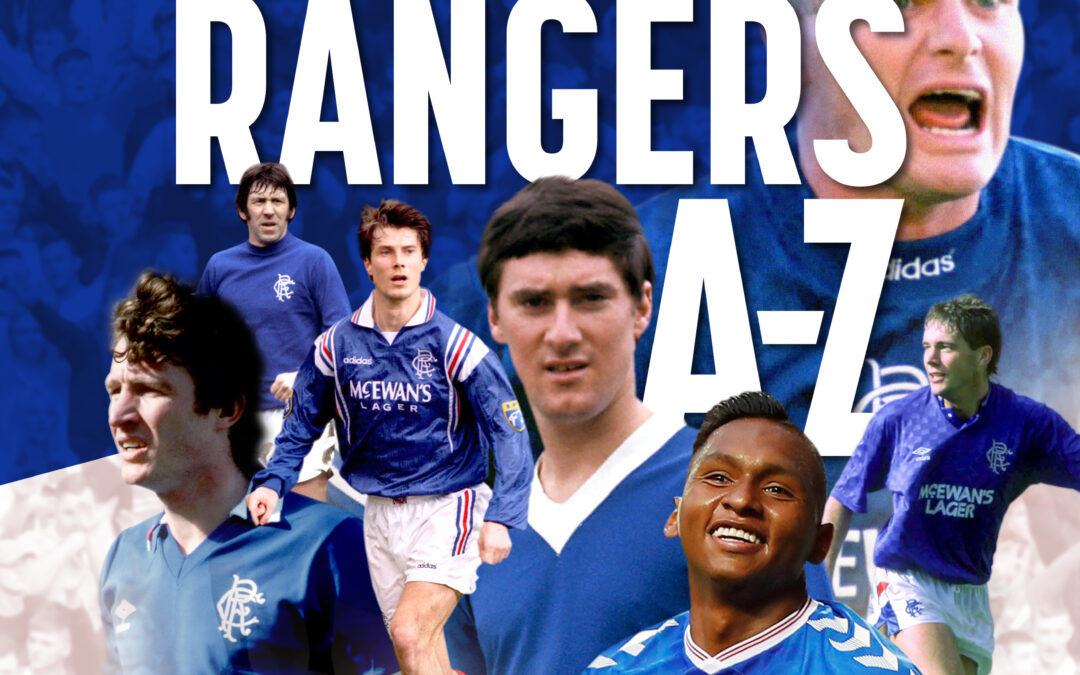 Tying in with the 150th anniversary of Glasgow Rangers is a new enlarged and updated A-Z featuring many of manager Stephen Gerrard’s title-winning star players as well as all the club’s legendary players and managers. Written by Robbie Mason, the hardback gift book is released on September 30th, priced at £12.99. 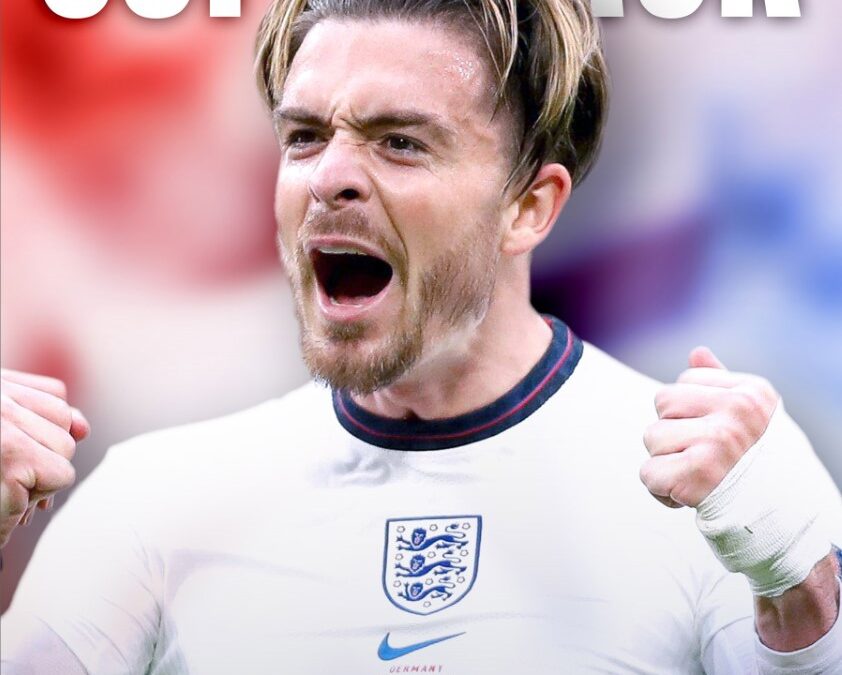 G2 Entertainment is rush releasing a biography of Jack Grealish, Britain’s first £100 million player, on October 4th, priced at £9.99.
The Jack Grealish Story will include details of his high-profile move to Manchester City as well as a number of the opening matches of the Premier League season 2021/22 and his impact at the Euro 2020 championships when the country was crying out for England manager Gareth Southgate to include him in the starting line-ups.
It will also include a comprehensive look back at his 19-year career with Aston Villa where he rose through the ranks to become captain and left the club with the best wishes of the fans who regard him as a club legend. 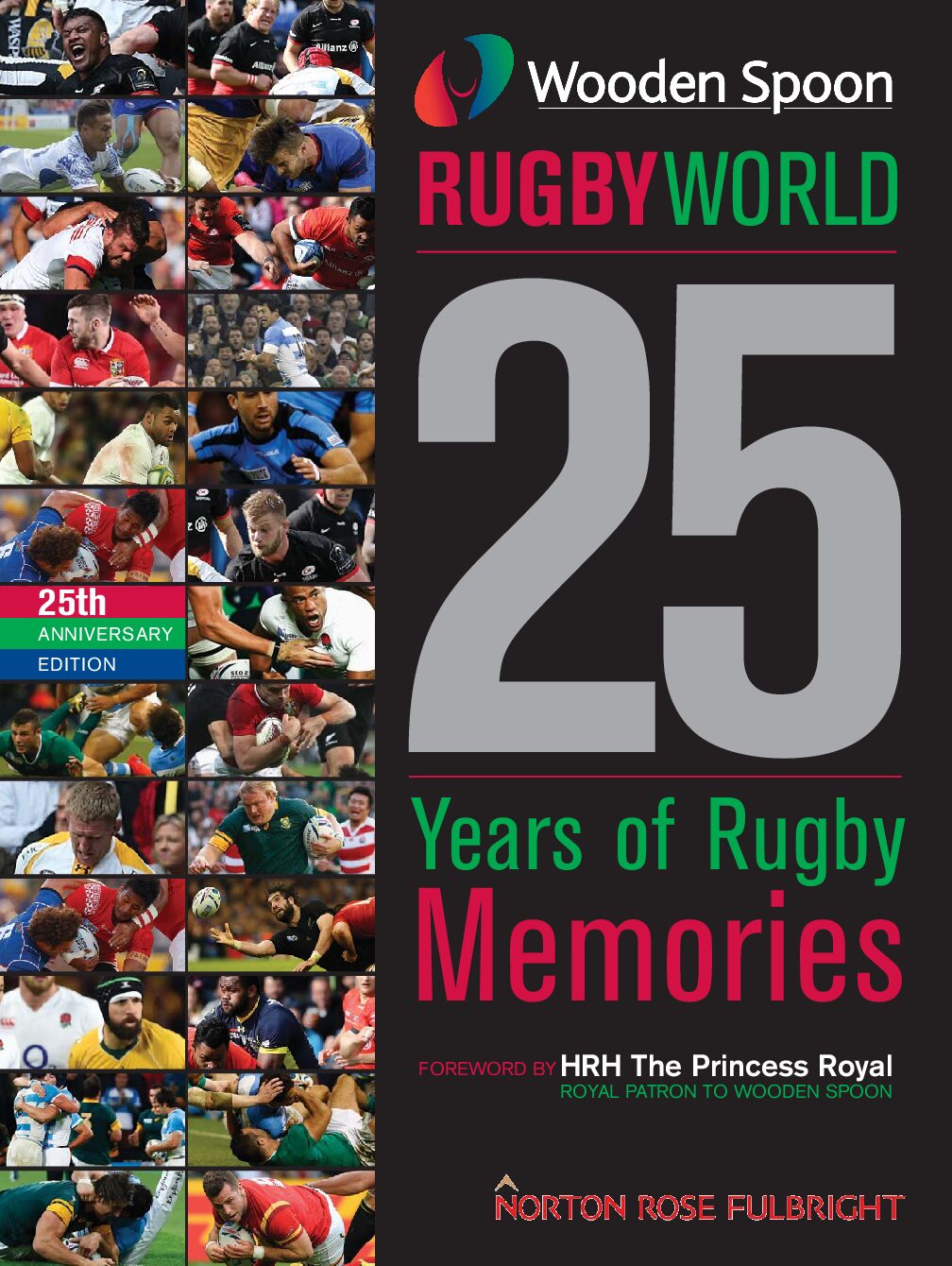 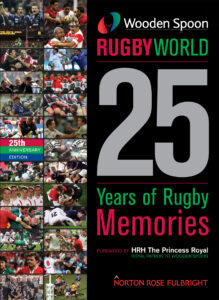 G2 is distributing a special anniversary edition of the Wooden Spoon Rugby Yearbook in which 25 leading rugby writers and broadcasters each remember what was special for them in one of those 25 years.

Sir Ian McGeechan remembers the successful Lions tour of South Africa in 1997 and Sir Clive Woodward, not surprisingly, shares his memories of England’s World Cup glory in 2003. Others remember a year for less obvious reasons – John Inverdale has special memories of the year that Italy beat France and Ireland in Rome and finished above both of them in the final table. There are memories of Grand Slams for Wales and Ireland and European Cup successes for Bath and Leicester as well as Premiership successes for Sale in 2006 and for Saracens in 2011. Among the contributors are Ian Robertson’s former BBC colleagues Eddie Butler, Alastair Hignell, Miles Harrison, Alastair Eykyn, Andrew Cotter and Chris Jones.

2021 marks the appearance of the 25th edition of the Wooden Spoon Rugby World which began its life in 1997 when what had for eight years been the Whitbread Rugby World transformed itself into a major fundraiser for the rapidly growing Wooden Spoon, the children’s charity of rugby.  Editor Ian Robertson has been an active supporter of Wooden Spoon since it was founded in 1983 and throughout the last 25 years has spoken at or hosted numerous Wooden Spoon dinners and the events in support of the book. Wooden Spoon Rugby World has become an established and eagerly awaited annual publication and one of the few sporting yearbooks to have survived in recent years.

With a foreword by HRH Princess Royal, the glossy hardback edition is out now priced at £25.

G2 Entertainment, one of the country’s leading publishers of sports and special interest books, has appointed Glasgow-based BookSource as its distribution partner.

With a catalogue of over 300 titles, G2 Entertainment work with some of the biggest sports clubs in the country in making high quality and sought-after titles. The addition of their list complements BookSource’s existing stable of sports and activity publishers, like Cicerone, Polaris Publishing, Rucksack Readers and Backpage Press, and the move marks a further strengthening of the Publishing Scotland subsidiary’s footprint in the United Kingdom.

G2E titles will be available at BookSource from Tuesday 15th June, having previously been handled by Orca in Dorset.

Talking about the appointment, Dav Bedi, BookSource CEO, said; “We’re absolutely thrilled to have G2 Entertainment join us. Working with Jules and his team during the onboarding process has been a joy, and without doubt they, and their list, are a natural fit for BookSource. This partnership is further testament to our standing and reputation in the industry as an efficient and trustworthy distributor, and of course to the BookSource team.”

Managing Director of G2 Entertainment, Jules Gammond added: “In the run-up to joining BookSource in June 2021, we had more support meetings and constructive conversations with their team than with all our previous distributors over the past 30 years. Their professionalism and attention to detail is of the highest quality and we really believe that they feel part of our quest to sell as many books as possible to our various customers both within the traditional and specialist book-trade. With BookSource in charge of our logistics and sales processing, we are confident that books will arrive on time without excuses or mistakes. ”

G2E titles will be available at BookSource from Tuesday 15th June, having previously been handled by Orca in Dorset. For further information on how to order G2 Entertainment titles from BookSource please visit www.booksource.net/g2e

About BookSource. BookSource is the trading arm of Publishing Scotland. Set-up in 1995 the company now distributes for over 120 client publishers and send books to all corners of the world. It specialises in supporting smaller presses and start-ups, helping them navigate their way through publishing. 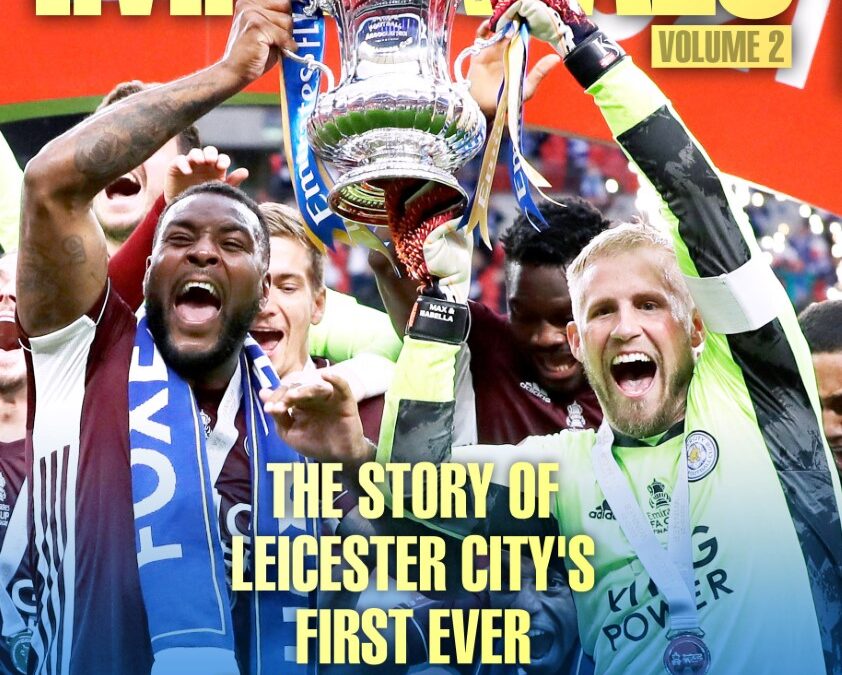 From Ranieri to Rodgers, the story of Leicester City’s Premier League seasons since 2016 culminating in their first ever FA Cup Final victory in their 137-year club history.

Rush released to tie-in with the club’s victory parade (date tbc) and the Euros 2021 featuring many of the club’s star players.

Written by Harry Harris, his 80th football book, with a foreword by former Leicester City legend and keeper Peter Shilton, the most capped England player of all time. 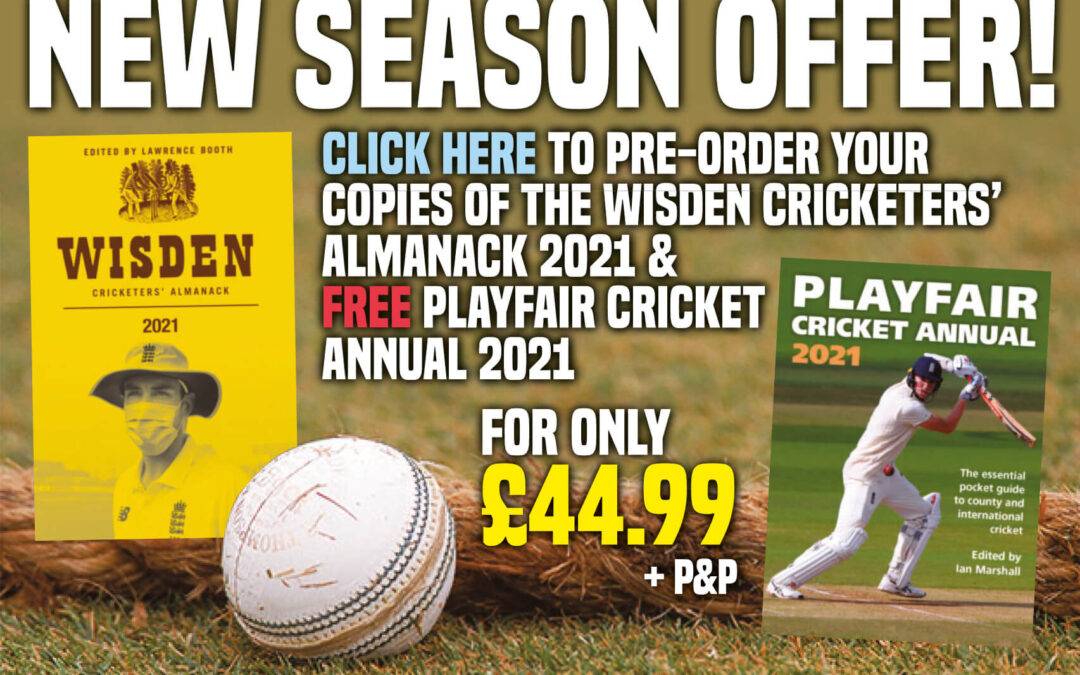 The world’s bestselling cricket annual.
The indispensable pocket guide to the cricket season.

The 74th edition of the Playfair Cricket Annual is packed with all the information you need to follow the cricket season in 2021, as well as a review of events during the previous Covid-impacted twelve months.

The 158th edition of the most famous sports book in the world – published every year since 1864 – contains some of the world’s finest sports writing, and reflects on an unprecedented year dominated by the Covid-19 pandemic. Writers include Lawrence Booth, Sir Garfield Sobers, Ebony Rainford-Brent, Gideon Haigh, Andy Zaltzman, Tom Holland, Duncan Hamilton, Robert Winder, Matthew Engel, Scyld Berry, Derek Pringle, Jack Leach and James Anderson. As usual, Wisden includes the eagerly awaited Notes by the Editor, the Cricketers of the Year awards, and the famous obituaries. And, as ever, there are reports and scorecards for every Test, together with forthright opinion, compelling features and comprehensive records. 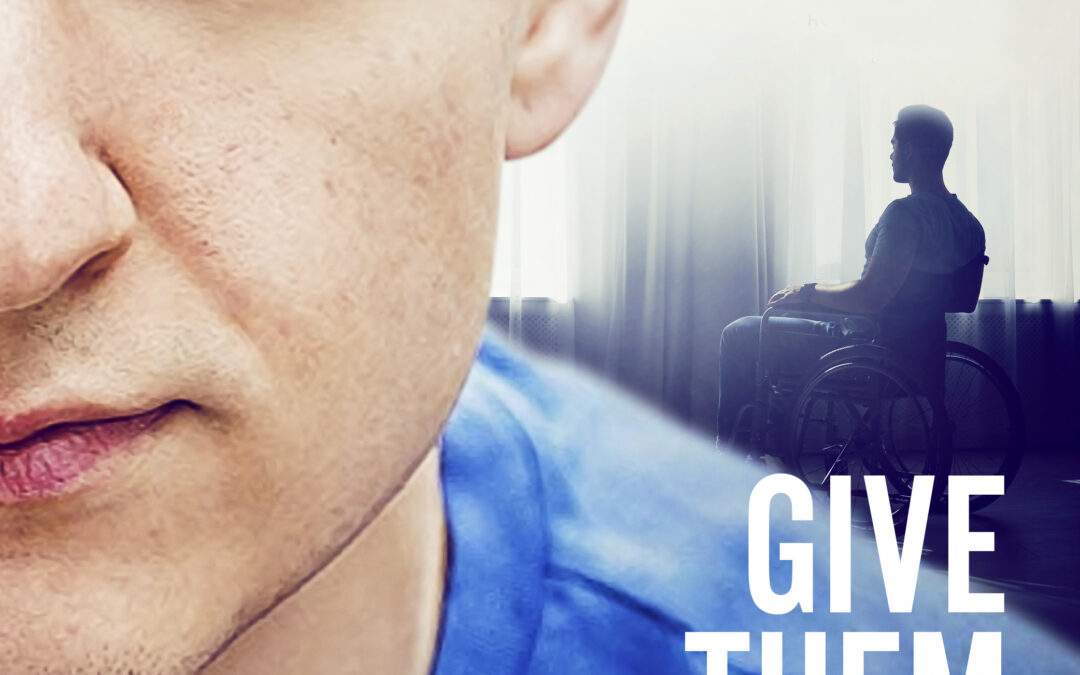 G2 is releasing the inspirational life story of disabled Darlington FC football fan Paul Hodgson which has been made into an award-winning blockbuster movie due for release in the summer of 2021.

Directed by Sean Cronin, who has appeared in Harry Potter and Bond movies, the film stars Daniel Watson (as Paul) and Toyah Willcox. Give Them Wings won the ‘Best Feature’ at The London Independent Film Festival. Below is a link to the film trailer https://www.youtube.com/watch?fbclid=IwAR23izLTak4EMljSU_eBRE-0rLrQP12X759mJPBDzCqvemafo9pA2Ms_dZQ&v=0zG5vUbyYMc&feature=youtu.be 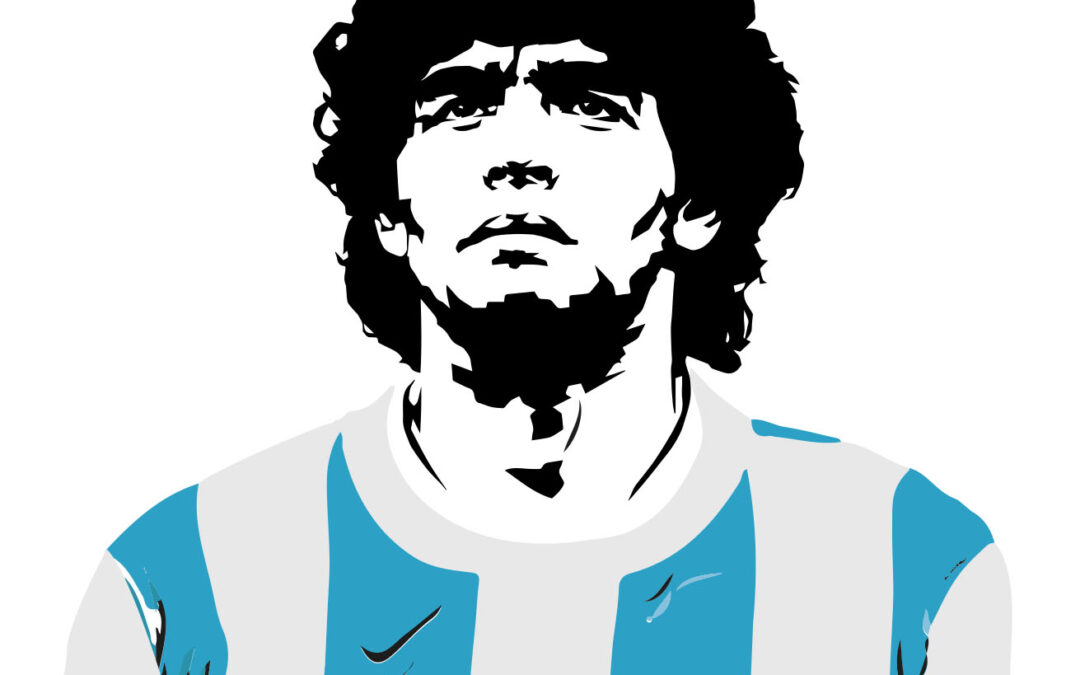 G2 is rush releasing an overview of Maradona’s life and career from award-winning sports author Harry Harris … one of the few British journalists to have interviewed Maradona and who was also present at the World Cup match in which the most controversial footballer on the planet scored his infamous ‘Hand of God’ goal against England. Maradona’s Argentinian team-mate and close friend, Ossie Ardiles has written the foreword. 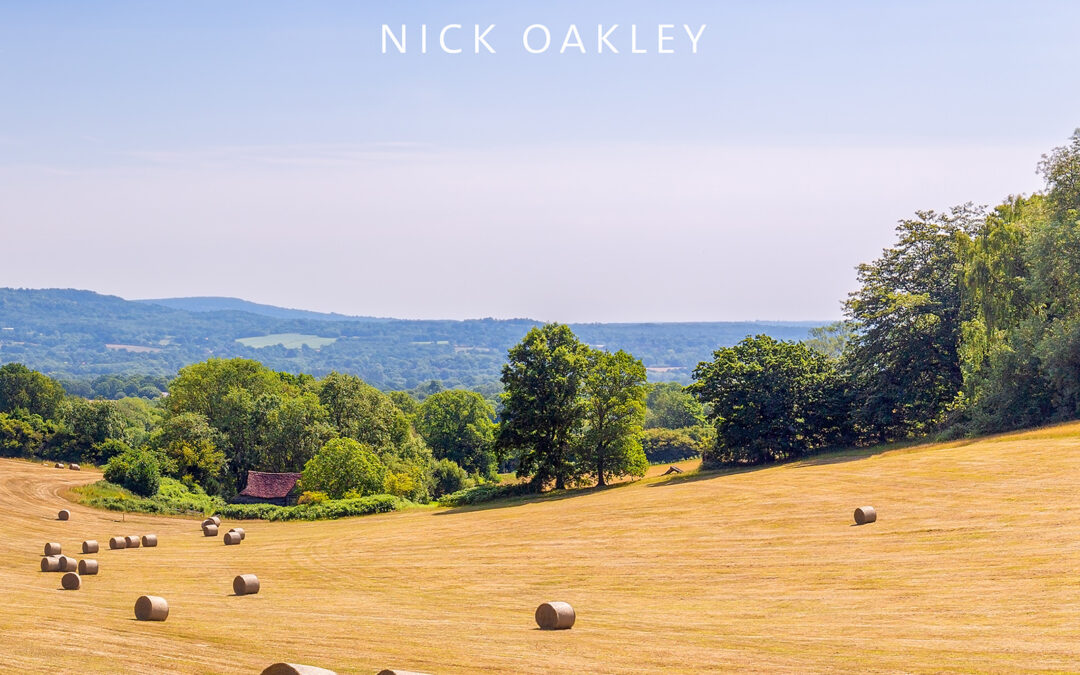 Surrey Landscapes contains more than 40 full colour images, with descriptive captions, from around Surrey throughout the seasons. Celebrating both the popular hot-spots and less well-known corners of the county, each image not only has a story to tell, but is also a call from the countryside to those who want to see more. There are no other landscape photography books celebrating the breadth of Surrey’s natural spaces, so this collection of images, bringing together work from the last two years into one unique coffee-table book, is a perfect keepsake or gift for anyone who enjoys the county’s countryside and landscape photography.
The foreword is written by one of the world’s leading landscape photographers, Charlie Waite who is not only an iconic photographer but also founder of the UK Landscape Photographer of the Year competition, now in its 13th year. He also runs Europe’s largest photographic tour company, Light and Land, and is a prolific author.
The author, photographer Nick Oakley, who lived in Hindhead Surrey for many years, was inspired by the diverse beauty of Surrey’s picturesque landscapes. Priced at £20, the coffee-table book was released on the Queen’s birthday in April. 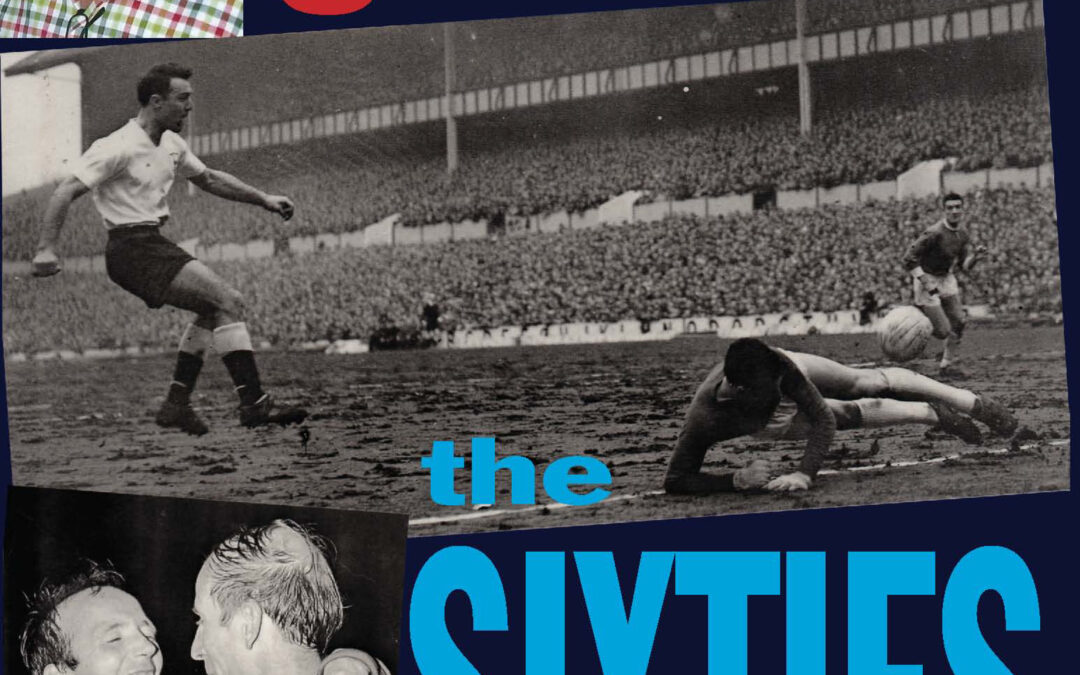 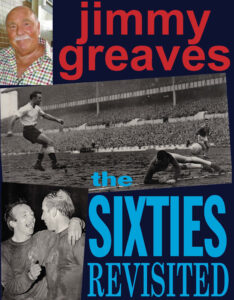