The True Face of Jack the Ripper

Jack the Ripper was name given to an unidentified serial killer who murdered five women in and around the Whitechapel district of London in 1888. Attacks ascribed to the Ripper typically involved female prostitutes who worked in the slums of London and whose throats were cut prior to abdominal mutilations. The removal of internal organs from at least three of the victims led to the suspicion that their killer possessed surgical knowledge.

Author Melvin Harris has spent years of research examining and discarding many fake documents and falsified testimonies in his quest for the true Ripper. He has had to unravel the many dubious theories which have led to wrong identifications including unfounded speculation that a member of the Royal family could have been the Ripper.

He believes that the evidence, meticulously documented in this book, leads to one man who was interviewed by the police at the time of the murders and had inside information on all of them. Using FBI techniques for identifying serial killers, he builds at totally convincing case against the suspect and presents a mass of unpublished evidence that will amaze anyone who thinks they have read everything on the Ripper. 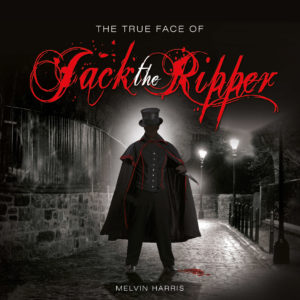