Michael Wylie’s eye-catching Stone Roses Fools Gold t-shirt features a hand-drawn dot-work design inspired by the iconic Stone Roses track. The garment also incorporates the famous Stone Roses lemon icon that is famously associated with The Stone Roses. Formed in Manchester in 1983, the band was pivotal in the “Madchester” music movement in the late 1980s and early 1990s. The track that inspired this t-shirt, Fools Gold, was one of the band’s most successful tracks and was released in 1989 as a double A-side reaching the UK top 10. 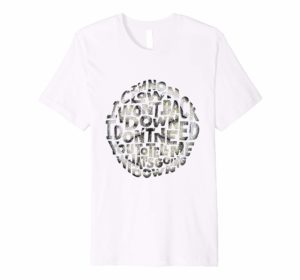