SoL TWENTY YEARS OF THE STADIUM OF LIGHT

The Stadium of Light was the biggest and best new football ground built in England in the second half of the twentieth century. This book marks its 20th anniversary in the summer of 2017. SoL 20 looks at how the Stadium of Light came to be built. Sunderland chairman and vice-chairman of the time, Sir Bob Murray CBE and John Fickling share their memories of a key period in the history of SAFC with club historian Rob Mason who guides you through the first twenty seasons at the SoL. The opening match against Ajax is remembered as are the SoL concerts, representative games and the stadium surrounds. These have developed alongside the stadium where Sunderland have already played for longer than the time spent at their first six grounds combined. 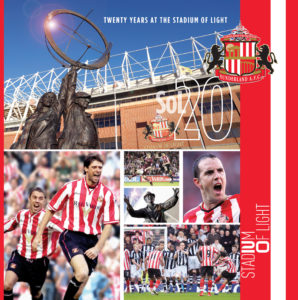