SARACENS BACK TO BACK

On Saturday 13th May 2017 Saracens etched their name into European rugby history as they claimed their second Champions Cup title. Within the space of three years Saracens had gone from beaten finalists in Cardiff, at the hands of three-time winners Toulon, to back- to-back champions themselves. They did it by going 18 games undefeated, vanquishing a string of European giants, and all with a squad whose average age sat firmly in the mid twenties. Saracens’ double journey began with a demolition of three time former champions Toulouse at Allianz Park in November 2015. It was a sign of what was to come. This book is the story of how two historic titles were won but it is also the story of a club, its journey and the unforgettable memories made along the way. 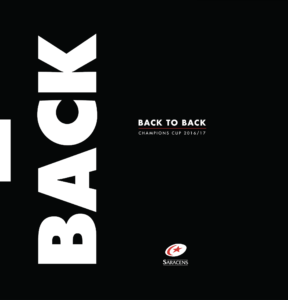 Be the first to review “SARACENS BACK TO BACK” Cancel reply