Designed by Michael Wylie, this new Iconic Tops t-shirt features the names of legendary players and magical memories for all Aston Villa fans including the club’s Championship Play-Off triumph in May 2019. 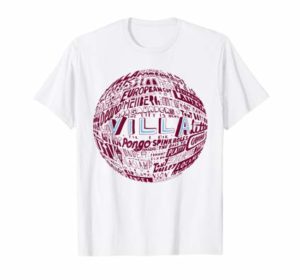