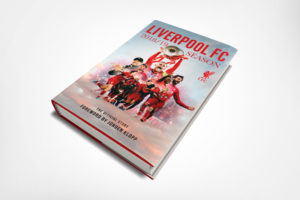 Their charismatic manager Jurgen Klopp wrote the foreword was equally relived and euphoric to have ended the campaign with a trophy: ” It’s been an unbelievable season. This team is one of the best to have ever played for Liverpool, 100%. “