This fascinating ebook tells the tales of the fastest men on earth. From the very first 39 mph-plus speed record of Gaston de Chasseloup-Laubat’s electric car in 1898 to Thrust SSC’s sonic boom in 1997 plus everything in-between! Liam McCann chronicles each record and reveals the character of the incredible men determined to advance the world’s land speed record. Throughout the history of land speed records we’ve seen the amazing progression from electric vehicles to steam power, gasoline, methanol, rocket fuel and finally jet fuel. Relive the greatest record attempts in the Jeantaud Duc, Stanley Rocket, Blue Bird, Spirit of America, Thrust SSC and many more. 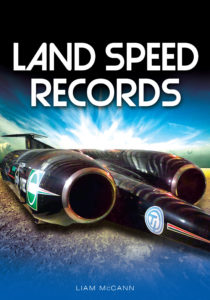