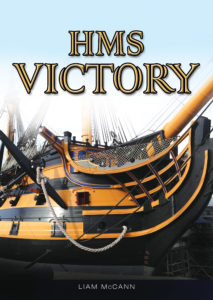 The Royal Navy's defining moment came at the Battle of Trafalgar in 1805. Thirty-three British ships under Admiral Horatio Nelson faced off against 41 ships of the combined French and Spanish navies off the southwest coast of Spain.Â Nelson shunned conventional naval tactics, which dictated lining your fleet up opposite the enemy and then trying to pound them into submission. Instead, he divided his ships into two lines and drove them through the opposition at right angles in a manoeuvre known as crossing the T. It gave the French and Spanish an early advantage in that their ships could train all their portside guns at the Royal Navy but, as soon as their battle line had been crossed, Nelson opened up from both flanks and tore into the enemy fleet.Â The French and Spanish lost 22 ships and 14,000 men, while Nelson lost no ships and little more than 1,000 men. It was such a decisive engagement that it secured British naval supremacy until the middle of the 20th century. Nelson's flagship at the battle was HMS Victory. This is her story written by acclaimed historian Liam McCann.