The name ‘Wessex’ is full of echoes of the ancient past – of Stonehenge, Avebury and Silbury Hill – and of the regional novels of Thomas Hardy. The ploughing up of traditional downland pastures and the removal of ancient hedgerows, woodlands and wetlands from the vales have changed some of Hardy’s windswept grasslands and dairy-rich lowlands. Even so, Wessex contains some fine countryside and a wealth of monuments of different ages. Besides the glories of the prehistoric legacy, there is much else to absorb in the later landscape: the great churches of Salisbury Cathedral and Sherborne Abbey; famous mansions such as Wilton and Longleat; remarkable castles such as Portland and Corfe; the picturesque villages of Lacock and Milton Abbas; as well as important industrial monuments in Bradford-on-Avon and Swindon. In this lavishly illustrated book, one in a series of four National Trust histories, Humphrey Welfare explains the creation of the Wessex landscape and introduces the region’s rich heritage of buildings and archaeological sites, some of them well-known and hugely popular, while others that are virtually overlooked. 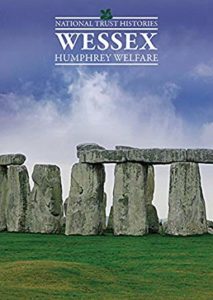