Manchester United … The Best of

Manchester United is acknowledged as the biggest club in the world with the largest number of fans, one of the best known stadiums in Old Trafford, and a roster of legendary players that includes four of the greatest of all time in George Best, Sir Bobby Charlton, Denis Law and Cristiano Ronaldo. It also had the greatest British manager of all time in Sir Alex Ferguson whose tally of 38 trophies included 13 Premier League titles and two Champions League crowns. This fully-illustrated A to Z includes all the great players from Duncan Edwards and the Busby Babes through to Ryan Giggs, the club’s longest serving player, and Wayne Rooney, the all-time leading scorer and the only player to have scored 253 goals for the Reds. The book also recalls the tragedy of the Munich air disaster in which 23 people lost their lives including eight first team players and the triumphs of the club’s first European Cup win at Wembley in 1968 and the Treble of 1999 in which they won the Premier League, the FA Cup and the Champions’ League. 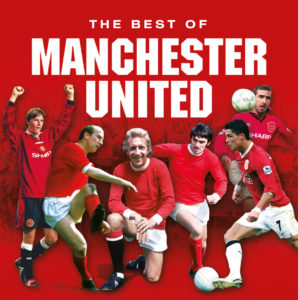