Jimi Hendrix is regarded by many to have been the greatest of all rock guitarists. The 50th anniversary of his death on October 18th reminds us all that in all these years no other guitarist has come along in the way that Hendrix did to defy musical conventions and to question how we listen to music. His recordings continue to sell and In America alone the amount is estimated to be somewhere in the region of twenty million. Guy Cavill’s biography of Hendrix looks at the guitarist’s life and tries to answer why it is that Hendrix was so important, and just why his death at the age of 27 was felt so keenly by so many around the world. Though his life was tragically short, it is hard to imagine how he could have lived a fuller one. 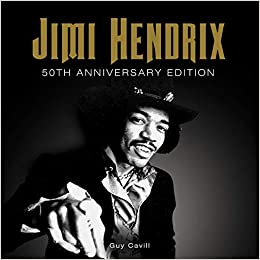