Audrey Hepburn – In The Movies

In the 70 years since Roman Holiday transformed the ex-ballerina into a superstar, Audrey Hepburn has inspired the kind of mass adoration usually reserved for deities. If anything, the cult of Hepburn has grown exponentially since her death in 1993. She is probably Hollywood’s most beloved star, revered for her humanitarian work as well has her film career and innate style.

By all accounts modest and self-effacing, Hepburn never bought into her own myth. There are no stories of diva-like histrionics or drunken benders in the scores of books, articles and Internet fan sites that exhaustively chronicle her life and career. In the rarefied and pampered world of Hollywood, where every whim is indulged and bad behaviour excused as “artistic temperament,” Hepburn was a gracious anomaly.

Granted, Hepburn didn’t inspire every film critic to wax rhapsodic about her dramatic abilities. In the 1950s, a few critics rashly dismissed her as more of a model than a bona-fide actress. And while Hepburn may not be a screen chameleon like Meryl Streep, or classically trained like Vanessa Redgrave, she is nonetheless an instinctively gifted actress of great delicacy and heart-breaking vulnerability. Above all, she is a star of peerless radiance and irresistible charm that sets her apart from every actress in Hollywood history.

Simply put, Hepburn is sui generis: a singular talent whose essence cannot be duplicated, no matter how many actresses try to evoke her. Audrey Hepburn – In The Movies is a celebration of this extraordinary star who occupies a unique place in the hearts and minds of moviegoers worldwide. 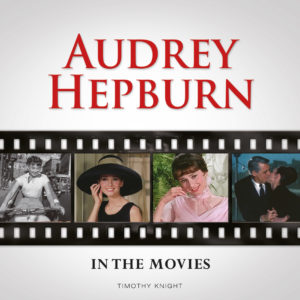